Showing posts from November, 2009
Show All

Lying to your children is ok? 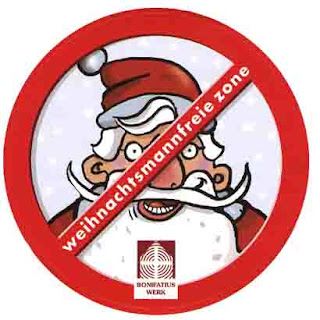 Now, I know I'm going to get some hate mail for this one, because I've had many a heated argument about it with friends before. Plus, I'm not actually a parent myself, so clearly I might "just not understand." But I'm going to try anyway. So what's the deal with parents lying to their kids about Santa Claus? I mean seriously, children are supposed to trust their parents. The world might be harsh and mean, but at least Mommy and Daddy are there to protect and nourish them, right? As a parent, you tell your children to look both ways before crossing the street. And you expect your children to believe you. You tell them not to take candy from strangers. You teach them right from wrong . And then you tell them that a fat jolly man in a red suit breaks into your house at night every year and leaves behind toys and candy. And they believe you. Why? Because they're your children and they trust you . Then, a few years down the line, they find ou
1 comment
Read more

Logic can be a tricky thing.  Consider the following example from the ChangingMinds website : Statement 1: All men are animals Statement 2: Some animals are aggressive Conclusion: Some men are aggressive Seems perfectly reasonable at first glance, doesn't it? Except it's not.   Here's the same reasoning, with one word changed: Statement 1: All men are animals Statement 2: Some animals are female Conclusion: Some men are female Which is clearly not true.  As the site explains, The conclusion of the example falls into the traps of making the assumption that the 'aggressive animals' and 'men' subsets necessarily overlap, whereas there is no necessity for this in statements one and two. Although the conclusion could be true it does not have to be true. As they suggest, drawing a Venn diagram can make things more clear: In this case, the inner circles may or may not overlap, and we don't have enough information to make a definitive conc
Post a comment
Read more 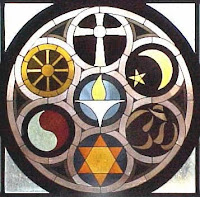 Since arriving in New Zealand, I have now twice been the target of attempted religious conversion. I found this surprising, as I had understood the country to be one of the more progressive in the world. In fact, New Zealand has far more non-religious (38%*) than Canada (16%*) or the US (16%*). Perhaps that's why the churches are more active at recruiting here. I was raised in a Christian family, and I know a good deal about the Bible.  I've researched the basics of other major world religions, and have learned some ancient mythology. I also have a very strong education in, and inclination towards mathematics and logic. Some aspects of religion are great.  Values like sharing , caring for others, and not killing people are of great benefit to society. On the other hand, the related crusades , intolerance , and holy wars are... not so great. Even more dangerous, in my opinion, is the concept of absolute faith .  This is the phenomenon where people choose to b
1 comment
Read more

Why get a private pilot's license?

I just started my private pilot's licence (PPL) training here in New Zealand. Flying a plane is something I've wanted to do for a long time, but never seemed to manage to have both the necessary time and money simultaneously. So besides the obvious fun factor, why would anyone want to get a PPL? Well, just like a driver's license gives you the basic freedom to rent or own a car and drive it on public roads, a pilot's license gives you the freedom to rent or own a plane, and fly it in controlled airspace. Instead of driving to a vacation destination, you can head to an airport or flight club, and rent a plane for the weekend.  In addition to being faster, it can also be a more scenic, and possibly even less stressful mode of transportation. As a bonus, my New Zealand PPL will be easily transferable to a Canadian license when I return.
Post a comment
Read more

Manulife CoverMe insurance isn't worth it As a small business owner, I have no dental or extended health coverage. So a while ago, I decided to sign up for a Manulife CoverMe policy. Their policies appear to be priced well. The website is nicely done, and the sign up process is entirely online. It gives you the feeling that they really have their stuff together. The problem is that as soon as they get your money, the experience goes sharply downhill. It looks like they invest all of their funds and effort into marketing and getting people to sign up, but as soon as you need service, you're SOL. Their claims process is straight out of the 1980's, requiring you to snail mail or fax a sheet you need to fill out by hand.  You would think they could have managed some sort of electronic method. I was able to easily set up automatic payments from my credit card online, but when I needed to cancel these payments, I had to phone twice, send two different faxes, and they still deducted two extra payments after canc
6 comments
Read more
More posts
◀ Return to jasonhanley.com