Showing posts from July, 2015
Show All

5 years in the smartphone industry 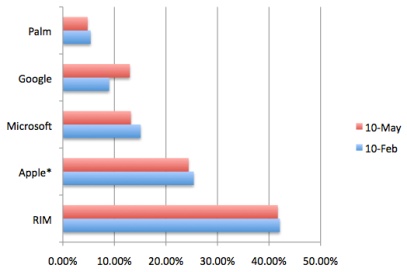 5 years ago, in July 2010, I made a bold prediction that Microsoft would purchase Blackberry . The Past At the time, Blackberry was still the clear leader, with over 40% of the market: Even then, however, the trend was crystal clear. Apple had already caught them off guard, and Blackberry was slowly bleeding away market share. Meanwhile, Android was gaining quickly at everyone else's expense. Just look at the monthly increase in the graph above. At the time, it was obvious to me that Microsoft and RIM needed to combine forces if either one was to stand a chance. There were lots of rumors to that effect -- in 2011, 2013, and even earlier this year, but no deal ever panned out. Instead, in 2013/2014, Microsoft bought Nokia -- one of the few phone companies in worse shape than Blackberry. Predictably, this turned out to be a dismal failure, with Microsoft writing off $7.6 billion . The present Meanwhile, the market shifted much faster than I ever could have
Post a comment
Read more 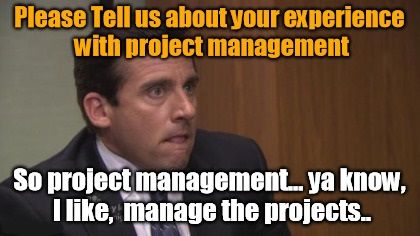 A recently published article, " The Secret Startup That Saved the Worst Website in America " details some of the problems with the  Healthcare.gov launch fiasco that "so bad it nearly broke the Affordable Care Act." It also outlines how a small team rewrote much of the software "working as a startup within the government and replacing contractor-made apps with ones costing one-fiftieth of the price ." A key point is something I've written about before, namely that one good programmer equals an infinite number of mediocre ones . A handful of bright , motivated programmers can easily beat a massive army of corporate drones , middle managers and bureaucrats. This is related to Brooks' law , which states that " adding manpower to a late software project makes it later. " Or in other words, " nine women can't make a baby in one month. " "The government’s method of running software turned on a sequential des
Post a comment
Read more
More posts
◀ Return to jasonhanley.com